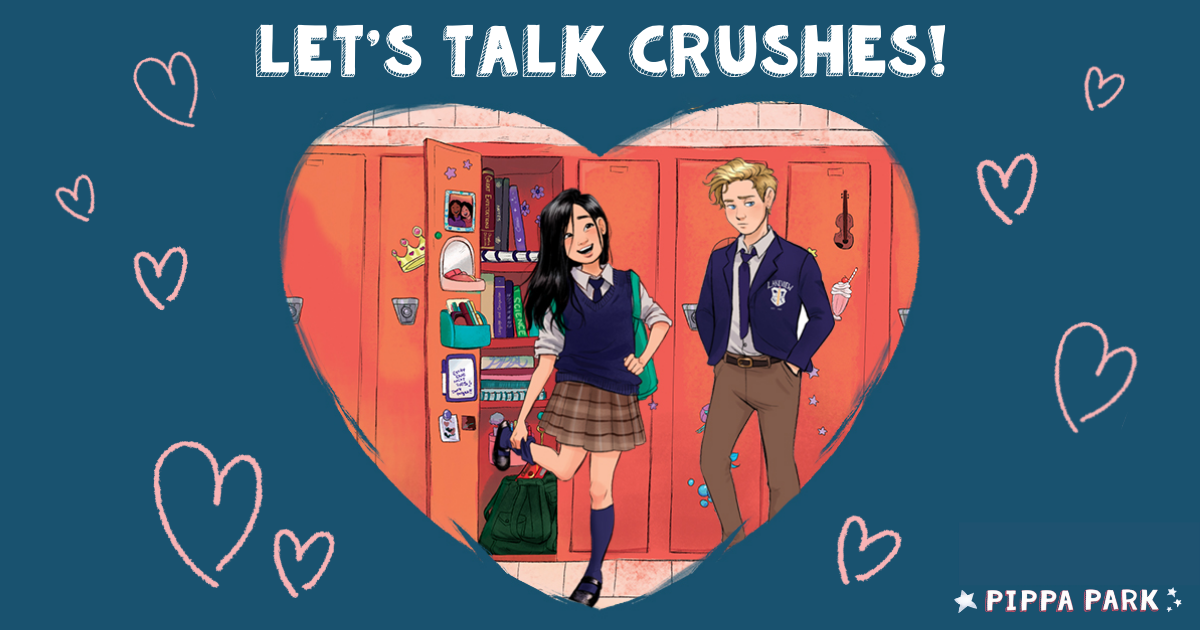 Back in middle school, I used to have quite a few unrequited crushes. The smart, quiet ones. The cool hipster ones. And, of course, the ones that didn’t know I existed. In fact, seeing as I didn’t start dating until college, you could say that I’m somewhat of a master in the art of the one-sided crush. That said, with my romantic history (or rather, my lack of one), I thought it only fitting to give the main character of my first novel, Pippa Park Raises Her Game, an unrequited crush of her own.

In Pippa Park Raises Her Game, Pippa experiences a massive crush on a boy who is less than upfront about his feelings. When Pippa first sees her new tutor, Eliot, she can’t even remember her own name. That’s how impossibly cute he is. Unfortunately, he isn’t the nicest guy. Despite this, Pippa is determined to break through his cold exterior. While writing the book, I could definitely relate to Pippa’s feelings. In middle school, I had my fair share of crushes on Eliot-types—the ones who were cute, intelligent, and kind of jerks. I would get into petty arguments with them and wonder if that counted as flirting.

In retrospect, it sounds absurd, but back then, most of my romance tips came from books. Of course, I read plenty of books with nice crushes—Harry Potter and Ginny’s friendship was wholesome, for example—but at the time, I remember being drawn to hordes of novels in which the male love interest would act all distant and aloof for the first half of the book before confessing his romantic feelings for the main character. It’s only then that the reader would learn that all the times he scorned or ignored her—all those cruel words, those rude eye rolls—were simply an act meant to hide his own passionate, sizzling emotions. Blame Mr. Darcy, perhaps, but I used to be a sucker for that trope, and it definitely played a role in who I crushed on.

I still enjoy reading about those types of relationships, but it wasn’t until I actually started dating that I learned to separate fiction from reality. For example, in fiction, if the boy says a couple of snobby things to you before ignoring you for a while, it means he is hopelessly in love with you despite the disapproval of his wealthy family. In reality, the boy doesn’t like you. In fiction, if the boy steals your pencils and throws them into the trash, it means he is trying to protect you from getting further entangled in his alluring but dangerous life. In reality, the boy still doesn’t like you, and now you need new pencils.

Once I learned that real-life relationships are much different than those on the page, my type shifted dramatically. Nowadays, I like sweet, considerate people who are direct about their feelings. One of my favorite things to do for my boyfriend is to make themed scavenger hunts, and he’s started creating them for me, as well. These little displays of affection remind me that showing your partner you care about them is actually quite fun. A shocker, I know. Of course, although I’m now a lot better at communicating my feelings, I’ll always remember my middle school days. So if anyone needs help learning to daydream about someone who probably doesn’t know their name, you know exactly who to call.