On Being a Korean American Author 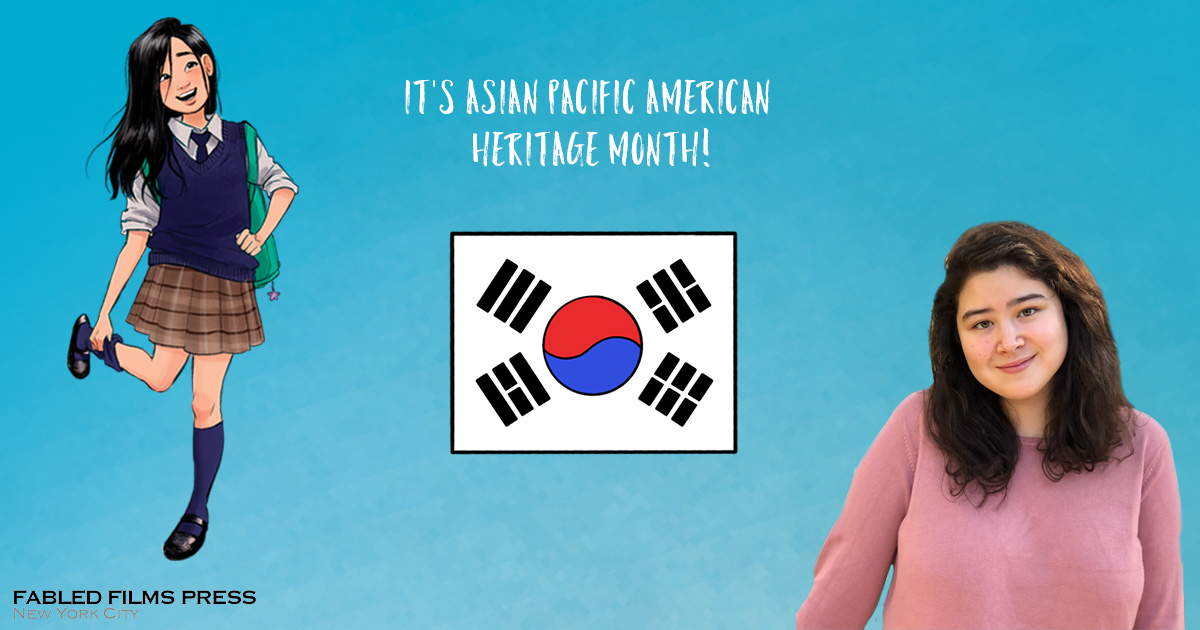 As a kid, I was a voracious reader. Fantasy, realistic fiction, thrillers, mysteries—I read them all. Each week, I would beg my parents to take me to the local library, and each time I would leave with a stack of books almost as tall as me. And yet, despite this, it wasn’t until college that I found books with Korean protagonists. This was both because I moved into a wider pool of novels—adding translations and adult literature to the mix–and because when I was younger, I just didn’t see that many middle-grade or young adult books with Korean leads.

In fact, according to an infographic from Sarah Park Dahlen in a recent School Library Journal article, in 2015, only 3.3 percent of children’s literature depicted Asian characters. Books featuring all people of color combined only made up 15 percent of the pool. In 2018, the number of books with Asian representation grew to 7 percent. While that might be a notable increase, it’s still not great considering that 50 percent of children’s books were about white characters. In fact, the number of books revolving around animal characters had a greater percentage than all books featuring a nonwhite character. In addition, these numbers say nothing about the quality of the representation.

I think about these statistics often. I’m half-Korean and half-white. When I wrote books as a kid, some of the stories had white protagonists and some had Asian ones, but I didn’t think too much about it. It wasn’t until, as an adult, I started reading more books with Korean characters that I realized what a literary lack there had been in my childhood. From the food to pop culture references to hearing characters speak snippets of Korean, every time I read a new book about a Korean character, I got excited all over again because there were so many tiny details I could connect with while reading the novels. When I wrote Pippa Park Raises Her Game, I knew that I wanted the main character to be Korean because I knew a younger version of myself would have appreciated it and because all children deserve to see themselves represented in the literature they read.

Although the sky is the limit in terms of increasing the number of diverse books that exist, I do feel happy when I look at my bookshelf and see so many novels that I would have snapped up as a kid—like Jessica Kim’s Stand Up, Yumi Chung!, David Yoon’s Frankly in Love, and June Hur’s The Silence of Bones. Increasing diversity in children’s publishing is a momentous task, and there is a lot of work ahead of us. But for now, I find moments—hours and even days—of joy spent reading all sorts of different books with Korean characters. I hope my to-be-read list only grows as the number of published diverse books grows too.