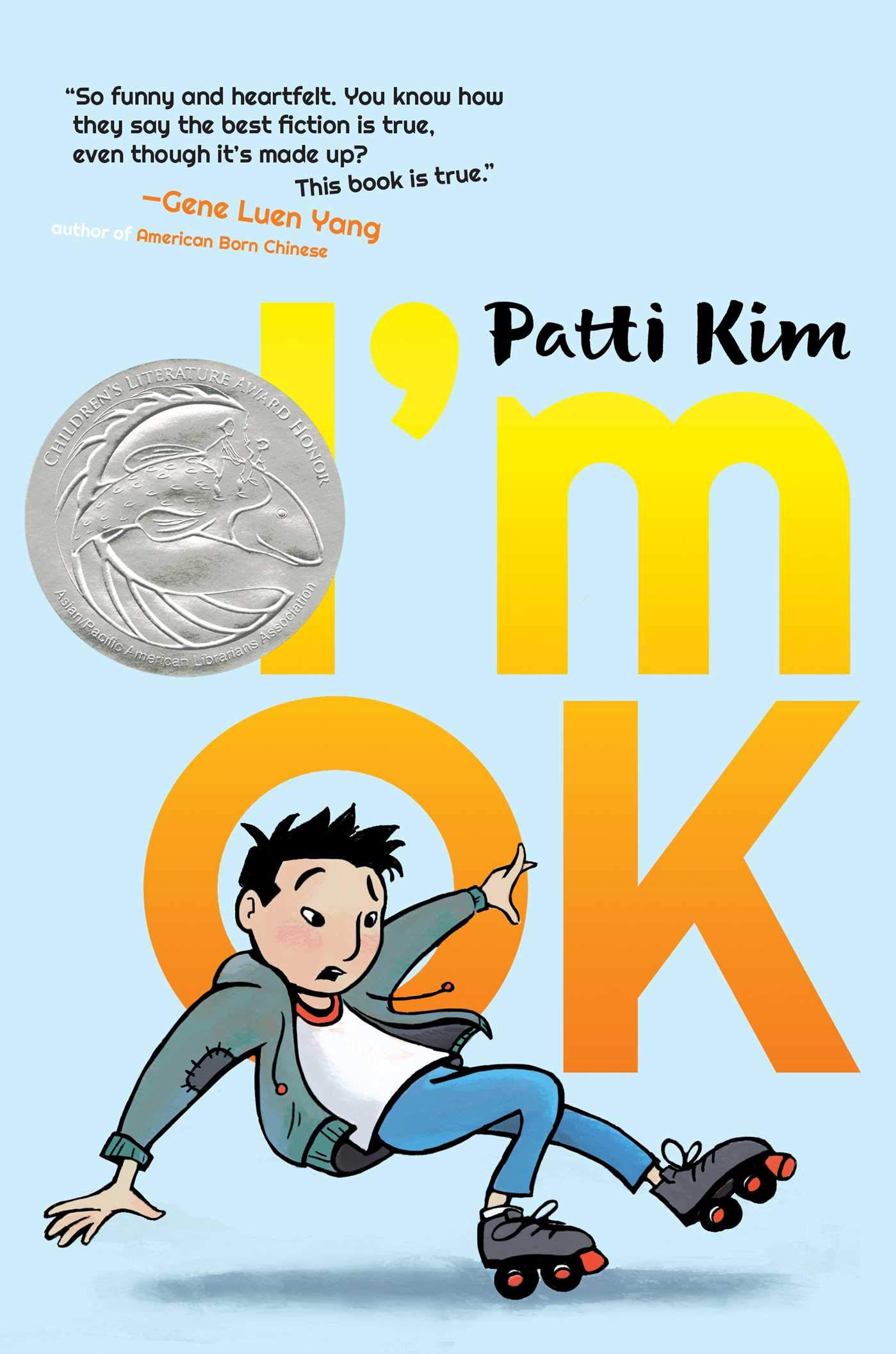 I first read Patti Kim’s I’m Ok about a year ago, and although I wasn’t reviewing any books at the time, I remember being drawn to the book’s quick-witted, relatable voice. Flash forward to last month. The American Library Association named I’m Ok an honor book in the Asian/Pacific American Award for Children’s Literature. With that in mind, I felt it was the perfect time to give this heavy but heartfelt middle-grade book another read.

We first meet twelve-year-old Ok Lee shortly after the death of his father. With her husband gone, Ok’s mother struggles to pay the bills, despite working multiple jobs, and Ok decides that he needs to find a way to make fast money. His grand idea? Braiding the hair of the girls in his school. But when that fails to get him enough cash, Ok turns his sights to the school’s talent show. Although Ok can’t sing or dance, a girl named Mickey reluctantly befriends him, and together they might just have a shot.

The book is written in first person, and Ok’s voice is both witty and relatable, making this book smooth and easy to read despite so much of the content being heavy and a little dark. Before the book begins, Ok’s dad dies in an unfortunate accident, and the novel examines the hole he left behind—both practically and emotionally. Ok’s mom struggles to pay bills without a second breadwinner, and Ok ruminates about his dad often. Even though he misses his dad terribly, he doesn’t pave over the thorny moments in their relationship. Ok also feels anxious when Deacon Koh from their local Korean Baptist church starts courting his mom . . . especially since the deacon’s previous two wives have both died—a seemingly ominous pattern that adds another layer of tension to the story.

Along with his struggles at home, Ok experiences various micro-aggressions from his classmates, including Asa, the most popular kid at school, who bullies Ok. The bullying is awful, but Ok can be cruel as well, like when OK blackmails Asa for not being able to read. While Ok makes some uncomfortable choices, I did admire other aspects of his personality, like his sincere effort to take care of his mother and his determination, drive, and resourcefulness. With the nuanced ways that Kim writes about grief, identity, and the struggles of middle school, I can definitely see why I’m Ok was chosen as an ALA honor book.